Our Vital Health mushroom blend extract powder combines seven powerful organic mushrooms into one easy-to-use powder. Below we share information on each of the mushrooms found in our mushroom blend supplements so you can gain a better understanding of each.

Chaga (Inonotus obliquus): Chaga appears as a black mass which primarily grows on birch trees. It is easiest to find in the winter when the leaves are no longer on the trees. The best places to look for chaga are at higher elevations along streams and rivers where birches are abundant. Old logging roads where trees may have been scraped are also good places to look for chaga. Traditionally, chaga has been used to support immunity and overall health.

Cordyceps (Cordyceps militaris and Cordyceps sinensis): Cordyceps is a popular mushroom that has been used in traditional Chinese and Tibetan medicine for thousands of years. Cordyceps is also known as ‘Himalayan Gold’ because it is grown in the highest reaches of the Himalayas. The “gold” aspect of the name can be from the color of the mushroom, as well as its benefit to the cultures that use it. Cordyceps has been used traditionally for energy and endurance support.

Lion’s mane (Hericium erinaceus): Lion’s mane is an edible mushroom that grows native throughout North America, Asia, and Europe. It has a variety of other common names, including the bearded tooth mushroom, the bearded hedgehog mushroom, and satyr’s beard. Traditionally, lion’s mane has been used to fortify the spleen and nourish the gut. It is said to be nutritive to the five internal organs (liver, lung, spleen, heart, and kidney), and has been used for general vigor and strength.

Maitake (Grifola frondosa): Maitake mushroom is also commonly known as the hen of the woods mushroom. It often grows in clumped, leaf-like shapes at the base of maples and oaks. Maitake has been traditionally used to support immune function.

Reishi (Ganoderma lucidum or Ganoderma tsugae): Reishi mushrooms are delightful to find while foraging in the northeast. Reishi is another mushroom that has been used extensively in Asia for years, and traditionally has been used to support immune and nervous system health.

Shiitake (Lentinula edodes): Shiitake mushrooms are often one of the first gourmet edible mushrooms people experience. They contain the umami flavor, which is complex and can involve a savory meatiness. In Japanese the word umami means “essence of deliciousness”. Not surprising, as many mushroom lovers have referred to shiitakes as being delicious.

Another major benefit of using a mushroom powder blend is that you get the healthful constituents of eating mushrooms in a much more manageable way. Instead of cooking pounds of mushrooms and eating them, you can ingest a significantly larger quantity of mushrooms in powdered form and you can do so in conjunction with other mushrooms. This can be especially helpful for those who do not necessarily love the taste of mushrooms cooked, or those who do not have the time or ability to cook mushrooms as much as they would like to. Many of these mushrooms are hard to find in the wild or in grocery stores, so getting our mushroom blend extracts will help you incorporate these mushrooms in your life with ease.

How to use our mushroom blend extract powder

The powder is easy to blend with a beverage and enhances the flavor of the liquid. I like the little scoop. It makes it easy to measure just the right amount. Do I feel a difference in my energy level or immunity? I haven't had the flue or other illness only my allergies continue. I haven't fallen asleep during the PBS news lately.

Vital health mushroom powder is a great addition to my supplements. I believe it is helping me stay healthy and I like that I can include mushrooms in my diet every day. 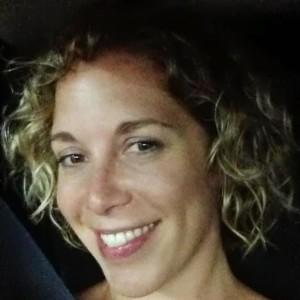 Love this blend in my coffee in the morning. It’s doesn’t change the flavor but creates a ritual of health that makes me heart sing as the bitter coffee and the medicinal mushroom bleed mixed with cinnamon jump starts my shen! cheers!!

I'm thrilled I don't have 2 more capsules to take everyday. Adding the small scoop of powder in my smoothie gives me the same amount of extract as 2 capsules. It doesn't have a overpowering flavor either. Plus it's a little less expensive than the capsules so I get more extract for less money.

Mixed perfectly in my coffee and it tasted delicious.

Experience our Vital Health Mushroom Blend Extract Powder (60 grams)
Share   |   Facebook  •  Twitter
Was this helpful?  0    0
Use left/right arrows to navigate the slideshow or swipe left/right if using a mobile device
0